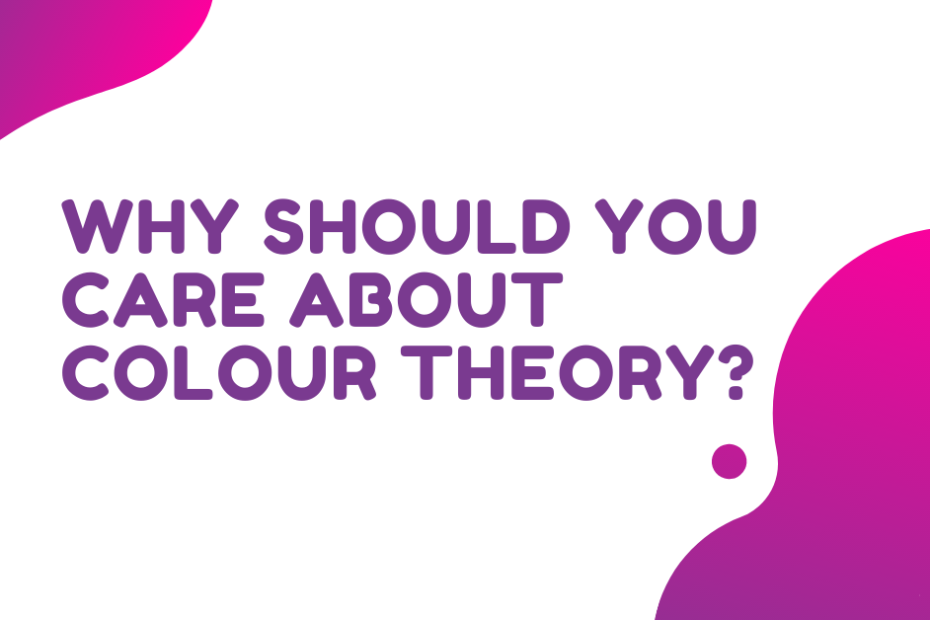 Colour Theory - Should You Care?

When it comes to your branding, colour matters.

Think about Tiffany & Co, with its iconic duck egg blue; McDonald’s and its instantly recognisable red and yellow branding; Asda and its green and white. Tiffany & Co even went as far as trademarking their colour and not allowing it to be used anywhere else.

But what makes colour so valuable in marketing?

According to a study conducted by Loyola University Maryland, the brain registers colour before visuals or typography. According to the same study, colour can boost brand recognition by up to 80% — for example, in logo design.

What is colour theory? 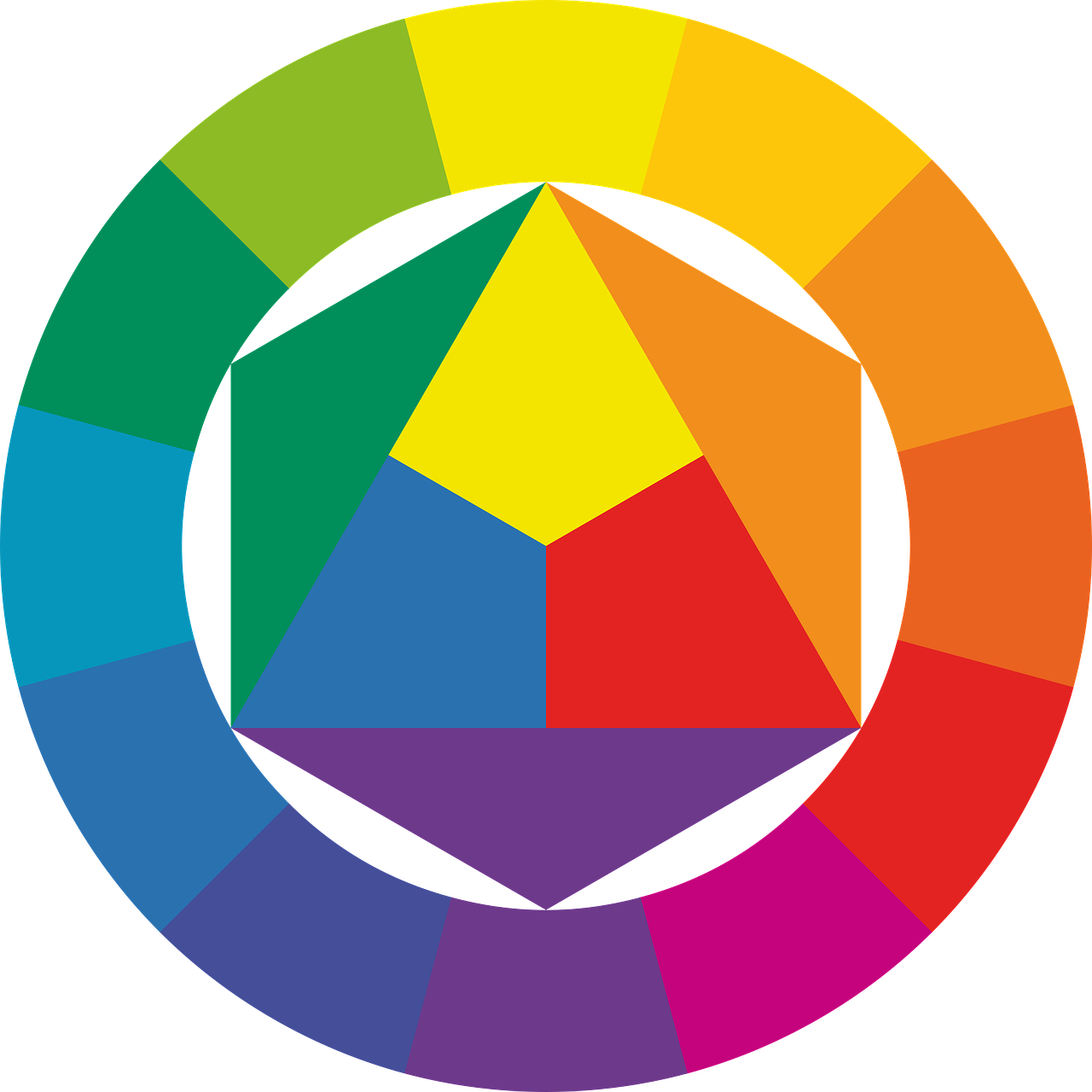 Colour theory is a set of rules and standards that designers and marketers / employ to communicate with users through visually appealing colour schemes. Designers employ a colour wheel and extensive research on human optical ability, psychology, culture, and more to pick the ideal colours every time.

When Sir Isaac Newton developed the colour wheel in 1666, he founded the colour theory. Colours, according to Newton, are human perceptions of light wavelengths, not objective attributes.

There are three main categories of colour: primary (red, blue and yellow), secondary (mixes of the primary colours) and intermediate/tertiary (mixes of primary and secondary colours). The properties of these colours then depend on the hue (what colour it appears), the chroma (the purity of the colour) and the lighting (how pale or vivid it is).

As you can see, colour is not quite so simple as it seems, which is why you should care about colour theory when choosing colours for your logo, branding and marketing strategy.

What is the importance of colours in marketing? 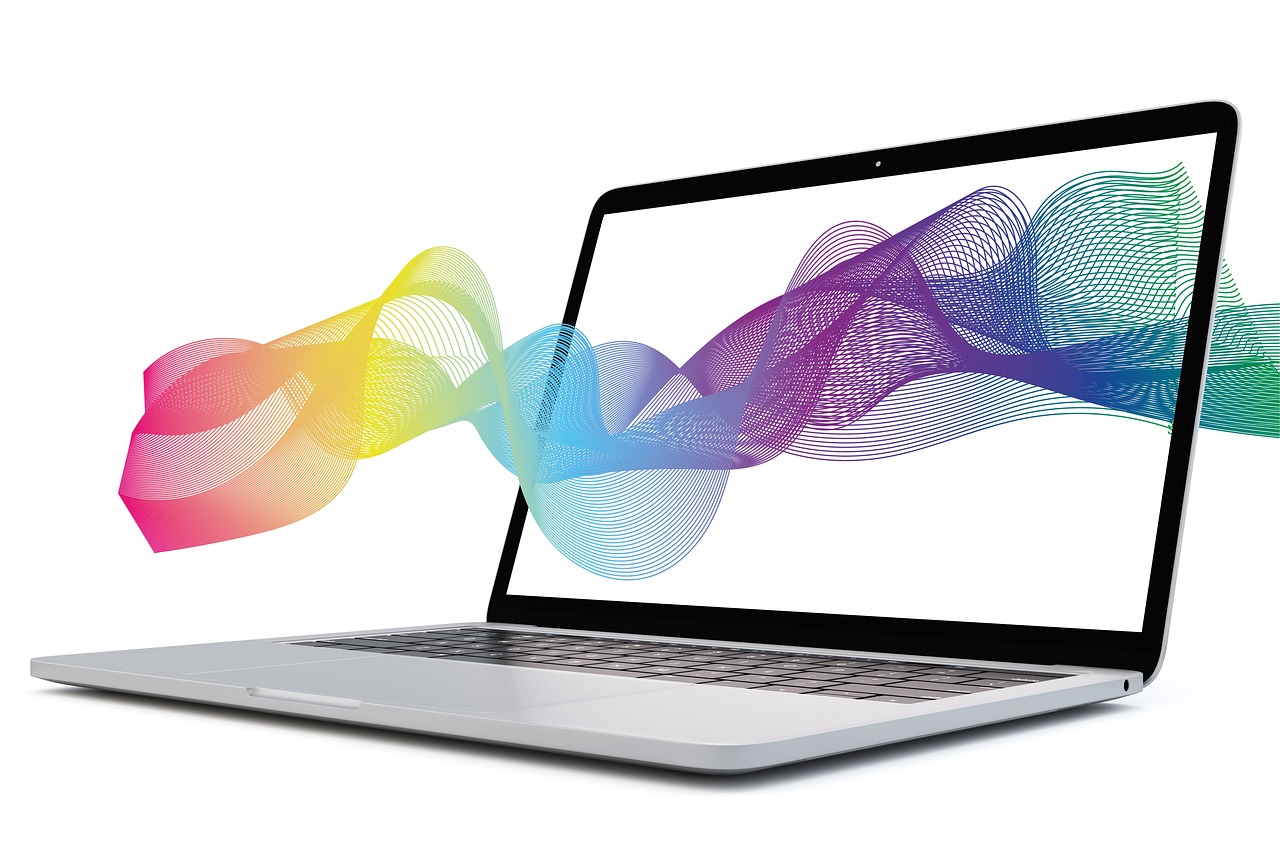 Poor colour selection, on the other hand, can detract from the impact of your message. If you get it wrong, your fantastic content and compelling call to action will be overlooked.

Large corporations with big branding and marketing budgets and departments have been aware of the importance of colour for years, but when it comes to launching a new brand or refreshing your brand identity, it is important to consider the emotional connection that a customer can have with a specific colour. For example, muted colours can give off a sense of sophistication and class, while bright and bold colours can really shout about your brand.

Some of the emotions that we associate with various colours include:

However, it is important to be aware that in different countries and cultures, different colours can symbolise different things. For example, in the UK, we associate white with peace and purity but go across to Asia and it represents mourning. Of course, if you intend to stay based in the UK, it may not be something to worry about, but if you intend on going global at any point or want to attract an international customer base, it is something to bear in mind. 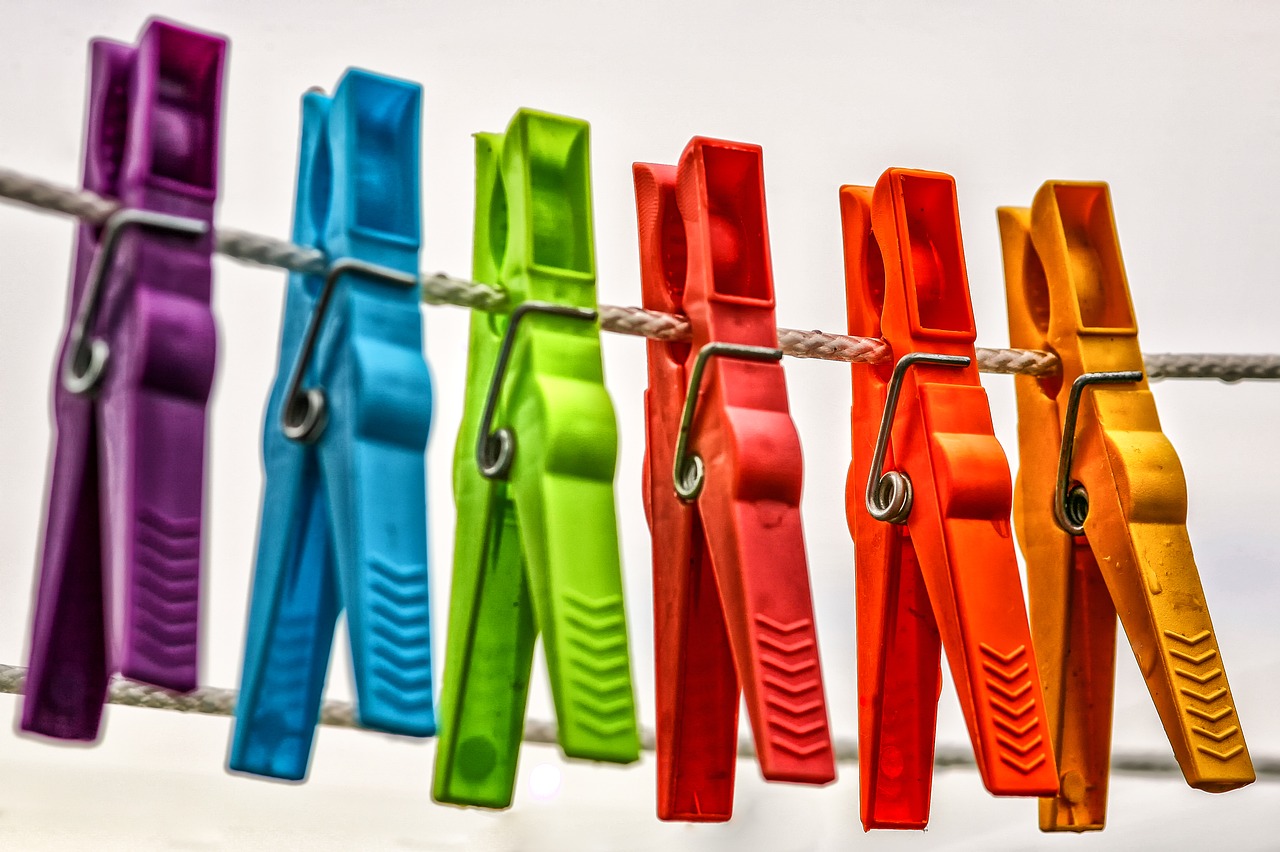 When it comes to colour methods, contrast is especially crucial.

The way one hue contrasts with another is called contrast. It is what distinguishes text or objects from the background. When colours have a lot of contrast, they may easily be distinguished from one another. When they don’t, the contrast is low.

Contrast is usually thought to be created by a difference in colour, although this isn’t always the case. You could have two perfectly different colours that have no contrast since their tones are the same. To check the contrast of your colours, convert them to grayscale and compare them.

Colours have inherent variances in how light and dark they are in their purest form.

High contrast is generally the greatest choice for important content because it is the easiest to see. The simplest to read is dark on light or light on dark. It is not thrilling, but it is much easier on the eye. However, if everything on the screen or in your marketing materials is high contrast, the important information will be lost.

Many designers prioritise low contrast because aesthetically it looks pleasing, but in terms of content readability, it is not always the best idea – tone on tone can be very difficult to read.

To find a balance that is both beautiful and readable, stick to just two or three colours – more than that and it can be too overwhelming. Look for colours that are opposite one another on the colour wheel as they generally have the perfect balance when it comes to contrast and complementing one another. Red and green, for example – your eyes will naturally be drawn to a small spot of red on a green background and vice versa.

How Major Brands Have Used Colour

If you’re still not convinced that colour has an impact on your marketing and your brand, it is worth taking a look at how some of the biggest names around have made great use of it. There are brands that have followed exactly what colour theory teaches to create a certain emotion. Then there are brands who seem to have ignored the rules completely. Whatever the reasoning behind their colour choices, these brands have gone on to become instantly recognisable.

Here’s a look at some of the biggest brands around and the colours that they have chosen to represent them:

Using red as your main colour has often been viewed as a little risky. So risky in fact that many brands have avoided it completely. Red is known for generating feelings of anger while also signalling danger. There is also research that proves that this colour is enough to increase your heart rate and your blood pressure. So, it is not an easy colour to carry off, but here are brands that succeeded:

Coke is probably one of the most recognised brands that there is. The striking red may have been a risky strategy but Coke managed to pull this off with great success. If you are ever shown the colour red and asked a brand that you associate with it, there is a very good chance that this is the one that you’d say.

Quite why a mobile phone company would want to use red as its primary colour is a slight mystery, but the truth is that it just works. The bright red is so bold that it makes the Vodafone logo one that is instantly recognisable.

As well as being associated with friendliness and confidence, orange is also known for possessing almost childlike qualities. This colour is used by numerous brands, but there is one that has really pulled it off:

EasyJet, and indeed everything else that is part of the Easy Group, screams fun. Its planes are unashamedly bright and bold with the company splashing orange on everything it touches. As well as the budget airline, the orange expands to its hotels and car rental company.

The positivity that this colour generates makes it an ideal choice for branding. As well as positivity, this colour brings energy and is extremely eye-catching. There is research that shows that it can catch someone’s eye quicker than any of the other colours. Here are two very different brands that have used yellow with great success:

As a premium champagne brand, it is all too easy to just blend in. As you look at what is on offer you are hit with greens and golds. The shot of bright yellow used by Veuve Clicquot means that it instantly grabs your attention.

As a manufacturer of heavy machinery, JCB clearly wanted its products to stand out. Bright yellow certainly sees it achieving this. As well as bringing plenty of attention to the brand, the eye-catching yellow is great as it allows equipment that could potentially be dangerous to be spotted with ease.

As well as positivity and growth, green has associations with anti and even rebirth. It also has links to prosperity which is why it is often used by luxury brands. Here are two companies who have taken advantage of what green has to offer:

Harrods has long been known as a store of luxury. What reinforces this is the fact that it opts to use green as part of its branding. Dark green has an association with wealth and privilege and so is a perfect match to what Harrods offers.

John Deere is a leader in farm machinery. The bright green makes it instantly recognisable and gives a hint at what its equipment is all used for. The link between nature and green is an obvious one and it follows that farming sees us getting back to nature.

Brands opt for the colour blue when they are trying to assert their trustworthiness. As well as being trustworthy, they want to demonstrate their strength. They want to be seen as a company that you are happy to turn to and who you will see as being dependable. These next two brands are classic examples of how this works:

If there is ever an organisation that you want to trust, this has to be the main one. The choice of colour in its logo isn’t by chance. The distinctive shade of blue was chosen for a reason – it shows the NHS as being dependable and somewhere that you can turn to with confidence.

Blue is common across financial institutions. Now you know what the colour is used for, it makes sense. These institutions need you to trust them with your money! The blue provides you with the reassurance that you may need. Barclays is a classic example of this.

Black can be seen access numerous brands to some extent, but there are not many that use this as their primary colour. Using black shows a certain boldness and even power. Used in certain contexts it can also give a feel of sophistication. Let’s look at two brands that have the confidence to go employ this as their main colour:

Does Guinness opt for the colour black because it is bold and powerful, or simply because it is a true reflection of the product? Guinness refers to itself as The Black Stuff so it makes sense that this colour is the main part of its branding.

Black in this context can be a reflection of the darkest and purest chocolate that there is. When you start to look at the purity of the product you then start to look at how luxurious it is. Hotel Chocolat makes great use of the colour black to create a real premium feel to its products.

Of course, there are all of the rules and guidelines, but when it comes down to it, different things work for different things, and you need to test various things out. What colour scheme works on Facebook, for example, may not necessarily work on Twitter and just because something works for your digital media does not mean it will work for print media. Use focus groups, test various things out and be amenable to change when necessary – but knowing the basics of colour theory, the emotions that particular colours will invoke and what is more visually appealing, in general, will start you off on the right foot when it comes to choosing the colours for your branding.